10 Reasons to get married in Lisbon

Lisbon, the capital of Portugal, a city full of life and light, colours and art. The Tejo river comes to bliss this amazing city where the old meets the new like nowhere in Europe. Here you will know 10 reasons to get married in Lisbon.

This and so much more is why Lisbon is, by far, a trending destination wedding spot! If you are thinking about getting married in Lisbon but haven’t made your decision yet, after reading these ten reasons on why you should, we’re pretty sure you’ll be convinced! Mark my words!

> Reasons to get married in Lisbon | Destination Wedding in Portugal < 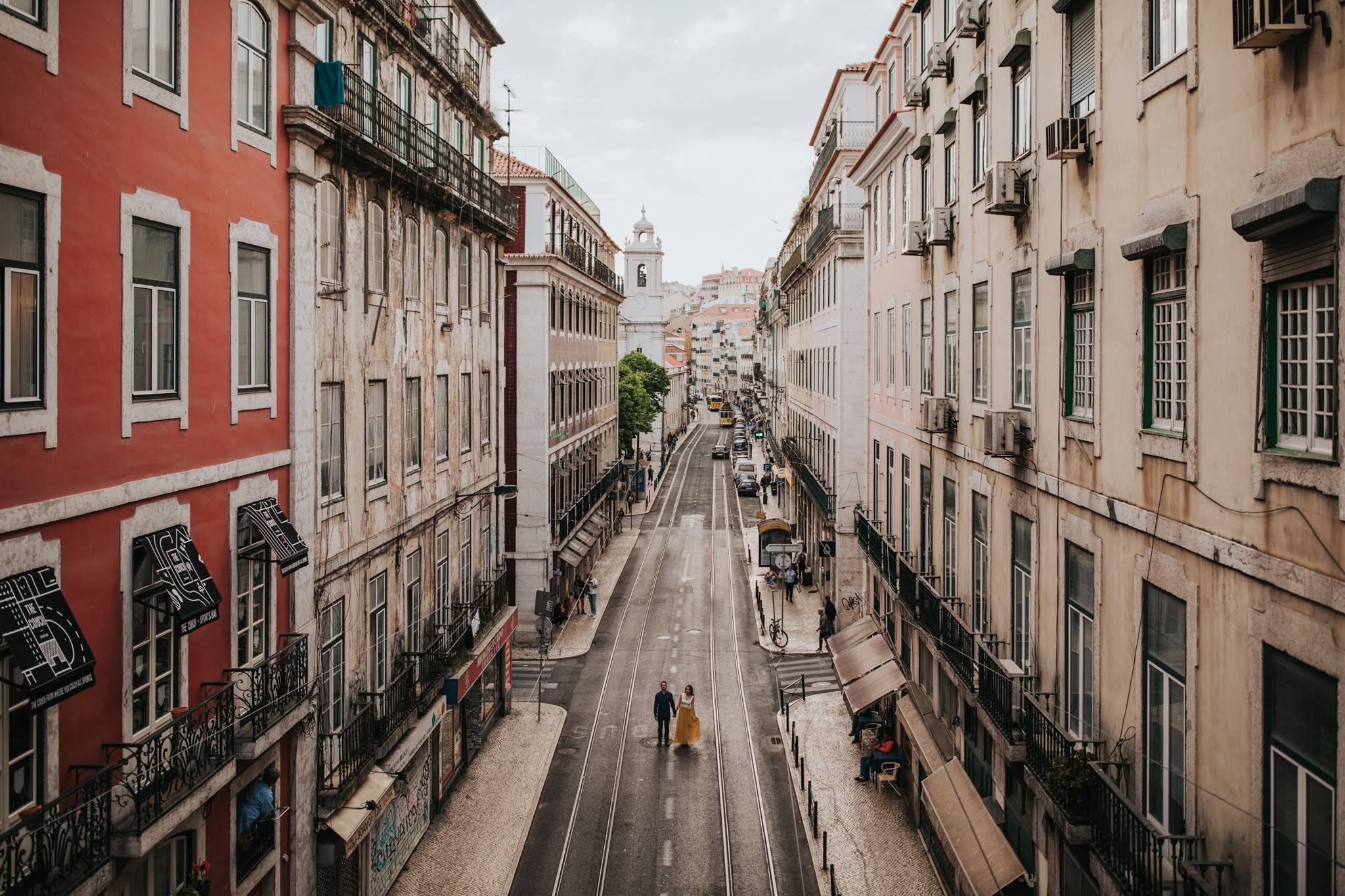 10 Reasons to get married in Lisbon

1. Trendy Lisbon
Portugal is trending right now, we have already made a post about getting married in Portugal, you can read it here. Lisbon, as Portugal’s capital, has received many accolades. Getting married in Lisbon you will experience first hand, exactly why the city has received so many visitors in the past few years. You will be mesmerized by the beauty of it! Also, Lisbon is situated in the centre of Portugal, granting you easy access to the rest of the country, when, or if, you decide to visit it.

2. Postcard beauty
Lisbon is full of places that will make you pick your cell phone and Instagram your way through the city, it is postcard beautiful. There are amazing lush gardens and breathtaking gazebos for you to sit, relax and enjoy the view. Ancient churches are everywhere. If you decide to get married in one, you’ll have a hard job choosing. After all the awesome pictures you took walking around beautiful Lisbon, just relax and have a beer in one of the many esplanades and promenades that the city has to offer, contemplating on the place you decided to have your destination wedding on!

3. Unique wedding venues
A destination wedding in Lisbon will allow you to have an incredible range of venues to select. If you decide to get married in Lisbon, you can opt to do it within the city lines, where you have a great amount of city like places, modern or antique, or, you can expand your search out of the city limits, but still pretty near. There are superb beaches in the area, like Guincho, or, if you are more of a country couple and nature and green are a part of your vision for your wedding, you’ll have gorgeous locations to choose from. Trust us, just google Sintra!

4. Scrumptious food
Well, we can’t talk about anywhere in Portugal and not mention food! Obviously, Lisbon is not an exception! You’ll have a food delight on your special day if Lisbon is your pick for your destination wedding. You can select any type of menu you intend, but we’ll guarantee you, go for the seafood! If seafood is something that makes your taste buds dance, then you’re in the right place! Being so close to the ocean there are various seafood options, plus it is always as fresh as when it left the sea!
After every satisfying meal in Portugal, we always have coffee, a tiny bit of it, dark, hot and strong. We have many different names for it, in Lisbon, it’s called bica! Have some before the wedding and then serve it to your guests, they’ll dance the night away!

5. The old meets the new
Lisbon is an old city, we mean really old, D. Afonso Henriques, the founder of the country, reconquered the city from the Moors in 1147, so, it’s been around for a while, it had its fair share of trouble, it has been part of history and made history too. When you walk in it you can feel it, all of this history, right there, before your eyes! This isn’t even the greatest thing about this ancient city. The coolest thing is how it has allowed itself to grow, modern and vibrant, with this incredible mix in architecture and overall charm of the city, nothing seems to old and everything seems new! We believe this will inspire you on your wedding day!

6. A night out on the town
If getting married in Lisbon isn’t by now a decision you already made, buckle up! If you and your person are night people, you’ll like this one!
So, we already told you that Lisbon is in at the moment, we just haven’t mentioned the night vibe of the city yet. And, we tell you, it is buzzing as we speak! Whatever your music taste might be, it is guaranteed you’ll find someplace to appreciate it. Lisbon has always been a cosmopolitan city with a multicultural Movida, the rise in the number of tourists in the past years, only made this more of a reality. Whether you like to sit beneath the stars and sip on red wine or you’re more of a dancing till dawn kind of person, Lisbon has something for every taste. With all of the above in your mind, you can already start planning the bachelor and bachelorette party of your dreams, so that you and your guests can have a night to remember!

7. The art
Lisbon has a taste for art, it is an European capital, and as such, nowhere in Portugal can you find a greater number of museums and palaces to feast your eyes upon. But, we want to tell you about another kind of art, one that is free, public and very much a part of Portuguese allure. We are talking about the Portuguese pavement. Yes, the pavement! We take our pavement very seriously, it is a part of the Portuguese identity. It is characterized by mixing small white stones with black ones, forming geometrical or other types of design patterns. It is used everywhere in Portugal, and your destination wedding in Lisbon will feature some of it in your video and photographs, for sure!
Another beautiful Portuguese form of art is the tile-making. You have never seen tiles like these before. It is spectacular and in Lisbon, you’ll find a lot of different varieties of it all around town. Still to this day our facades are mostly covered in tiles. Honestly, it is hard to put into words how amazing of a view the tiles can create in a city. You have to come and check for yourself!
For those of you who have a taste for street art, coming to Lisbon won’t disappoint you! It is everywhere, in big murals or a tiny doorknob. In recent years, Lisbon has seen a rise in this form of art, it has become more acceptable and the city is producing some of the best artists in Europe.

8. The sun
When deciding to get married in Lisbon, one thing is sure, you can do it out of the typical summer wedding July, August calendar, because really, Lisbon is sunny almost all year around. By having your destination wedding in Lisbon off season you can reduce the costs and still have that summer like atmosphere!
With the sun comes light and energy, yet, Lisbon, with Tejo river as a backdrop, as a real feel of calm and relaxation. Wedding image professionals love to shoot in Lisbon, the light is always perfect, thus making the couple look its best!

9. Affordable
Even though Lisbon is completely trendy and a very hot tourist destination, services are still affordable, especially when compared to other European capitals. If you have read all the topics in this list, you have, by now, realized, that Lisbon does not miss out on any other big city in the old continent, on the contrary, it has a lot to offer, and it is in the differences that lie its charm.
For you to have the day of your dreams, for your vision of your wedding to be fulfilled, budget is, by far, one of the most, if not the most, significant things to keep in mind. For this reason alone, a destination wedding in Lisbon is a great choice.No matter the size of your wallet, in Lisbon, you’ll succeed in making the first day of the rest of your lives a dream come true!

10. Fado
Last, but definitely, not least on our list is Fado. How could we make a list about destination weddings in Lisbon and not mention it? we couldn’t!
Lisbon is Fado’s birthplace, it is quite a home, and Fado is the perfect soundtrack to accompany you on this magnificent journey you’re about to take.
Fado carries the Portuguese soul, and the most beautiful thing about it is, that, even if you don’t speak or understand the lyrics, you can still feel all the emotion translated in the music, especially the heartwarming sounds of the unique and majestic Portuguese guitar. You’ve never heard anything quite like it before.
The common belief is that Fado is sad and melancholic, and this is, by no means untrue, but it is so much more than just that, it has passion, sorrow and a lot of life and joy! One of the least known types of Fado is “desgarrada”. I’ll try to explain it to you in a very simple way…It is like a rap battle, Portuguese style! With deep roots in Portuguese tradition, to sing “desgarrada” means to improvise, normally with two or more singers “battling” each other for the best lines! When you decide to get married in Lisbon and you’re strolling in the city one night, in one of its delightful typical neighbourhoods, you’ll hear Fado coming out of some beautiful tiled house and feel very compelled to have the sound of the Portuguese guitar on your wedding day, trust us, if you’re passionate for music, you will!

Take a look at our films here FILMS, the way we work here FAQ and what clients say about us TESTIMONIALS.

Give us a hello so we can start talking and connecting!

​> Reasons to get married in Lisbon | Destination Wedding in Portugal <

This site uses Akismet to reduce spam. Learn how your comment data is processed. 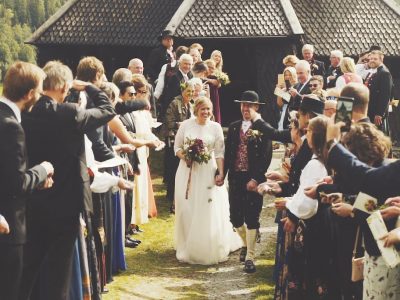